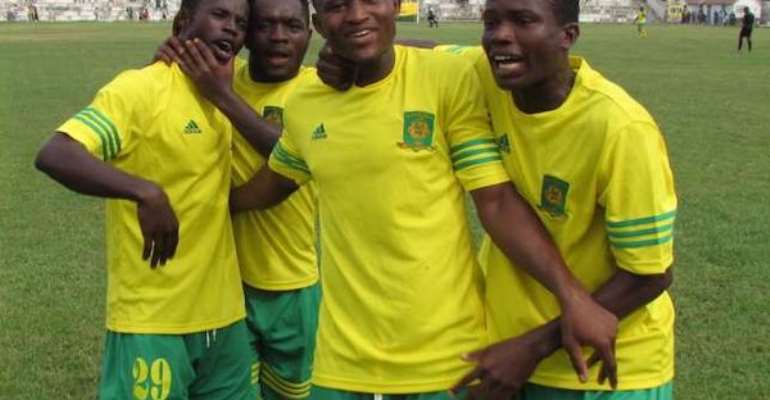 In-form striker of Ebusua Dwarfs Nicholas Gyan has highlighted his desire to annex the 2016/17 Ghana Premier League golden boot after his impressive start to the season.

Gyan has been in sensational form since the start of the season and sits top of the scorer's chart with six goals after match day 8, to put himself firmly in the reckoning to win the golden boot.

Speaking to reporters after his side's win over Aduana Stars, Gyan said, 'After the end of last season, I thought deeply to myself that if I could score seven goals out sixteen games, it means I can do well this campaign if I approach every game with the mindset of scoring.'

'So, I psyched myself in that I will work hard in preseason so that this season I will end up winning the gong.'

Gyan continued his form over the weekend when he hit the back of the net in their 2-1 home win against league leaders Aduana Stars.