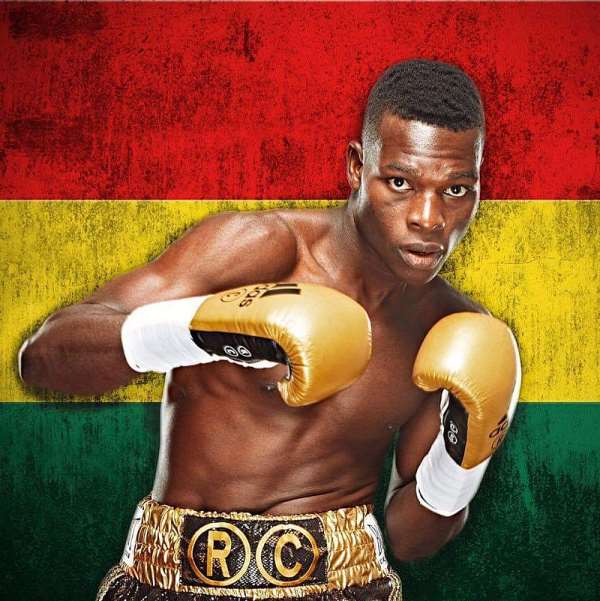 Lawrence Nyanyo Nmai, the Ghanaian born Kickboxer who recently claimed the K1 World Martial Arts Committee (WMAC) 86kg title in Germany has heaped praises on world rated boxer Richard Commey as his best sports personality aside himself for his courage, valor and bravery.

According to Nmai who has plans of coming to Ghana to receive hiss SWAG Best Kickboxer award and also make some presentation to the National Kickboxing team which is about to be formed.

He said Commey deserves some appreciation from those who give awards in Ghana because though he could not win the IBF Lightweight title in America against American homeboy Robert Easter Jr he did very well in the 12 rounder which passed to be one of the exciting fights in boxing history.

“I think Robert Commey is the best sports personality in 2016, despite losing the IBF world title he deserves to be recognized and encouraged” he said.

Speaking to Yours Truly on Phone, Nmai urged Commey who started as a Kickboxer to be strong mentally and focus on the positive side of life.

“I am coming to Ghana to box, donate and give my fans a greet Home Coming Extravaganza with my new belts” he expressed.