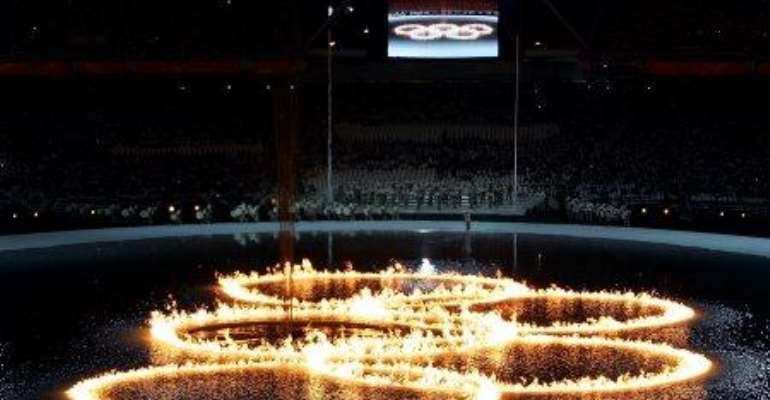 Ghana's quest to play active roles in international sports especially with regard to hosting prestigious sporting events has assumed an interesting dimension. At least it has been officially proposed and barring any change of mind and focus,Ghana will bid to host the 2032 Olympic Games.

Consequently, the Ghana Olympic Committee(GOC)is working hard to pave the way for such a dream to become a reality.

Mr Benson T. Baba,the President of the Ghana Olympic Committee(GOC)who revealed this at a GOC organised reception for the sporting media last Friday,said the June 15 to 18, General Assembly of the Association of National Olympic Committees in Africa (ANOCA)to be hosted by Ghana is therefore strategic and advantageous to the nation's dream and interest.

Apart from opening the country up to the international world,it would also enable Ghana the opportunity to emphasise her case to the International Olympic Committee (IOC) on her interest to bid for the 2032 Olympic Games.

"Ghana has written to the IOC to express interest in the 2032 Olympics. Hosting the ANOCA General Assembly will therefore be a test case for Ghana.If we fail to have a successful event with regard to preparations and organisation,then we will have shot ourselves in the foot in realising our 2032 dream.

"The world over,Ghanaians are known to be very good hosts and hospitable.We must therefore not fail to live up to this expectation and show the world that Ghana is capable of hosting such an important world event," the GOC President said.

According to Mr Baba,being the last of such gatherings of general assemblies of member associations of the IOC, the ANOCA Accra meeting will attract the top brass of international sports administration who normally make the final decisions as to which nation will host an event.

In addition, several interest groups that would either be lobbying for support or showing off the level of preparedness for competitions to be hosted.I will indeed be "an event from which Ghana can get a lot of experience to draw from to prepare us face the challenges ahead," Mr Baba said.

Among the personalities expected is President of the IOC, Dr Jacque Rogge,and his predecessor, Juan Antonio Samaranch,as well as the interest groups which include the various bid committees for the 2012 Olympics which are being contested by London, Paris, New York.

The GOC President revealed that the hosting of the ANOCA General Assembly was also in line with the GOC's plan of fighting to put more Ghanaians in certain strategic positions in international sports administration.

He expressed worry that Ghana had not seen such massive international interest because there were not many voices at the top.

He therefore appealed to all stakeholders especially the media to lend unflinching support during the preparation and actual hosting of the event to make it a grand success.

The ANOCA meeting scheduled for Accra will bring together over 300 people made up of delegates from all the continental committees as well as the international sporting press.

Apart from the major decisions to be taken, it is an election year for the General Assembly where officers will be elected to run ANOCA till after the next Olympics.