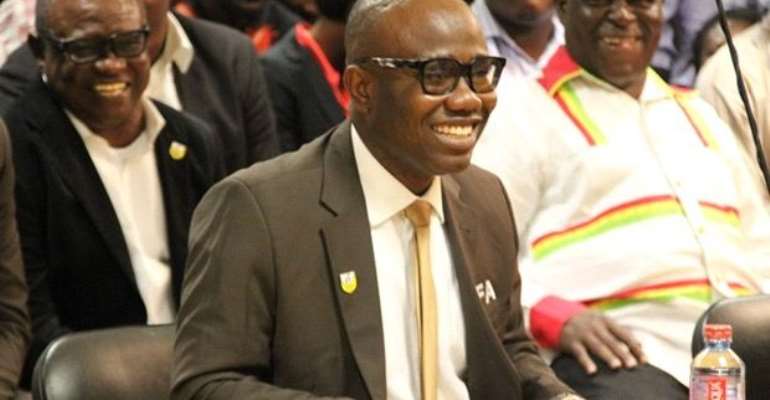 Kwesi Nyantakyi swept onto the FIFA Council with on Thursday when securing 31 votes in a very close race in Cairo.

The 47-year, who is the President of the Ghana Football Association, finished second in the race which was won the CAF vice-president Almamy Kabele who had 37 votes.

Nyantakyi beat Madagascar's Ahmad by just one vote as the man from Southern Africa secured 30 votes.

He was standing the election to the new-look FIFA Council where Africa has been given two additional seats in FIFA's cabinet.

The 36-member FIFA Council will hold its first meeting in Zurich on October 13-14.

The expansive field of candidates for just two seats is a departure from previous contests to decide Africa's representation on the all-powerful FIFA executive, which have previously been painstakingly choreographed by long-standing president Issa Hayatou.

But this time, with his own future uncertain after almost three decades at the helm of African football, he allowed his lieutenants to scrap among each other for the posts.

The newly elected members will only sit on the council until March next year when another round of elections will be held at the 2017 CAF Congress in Addis Ababa on March 17.