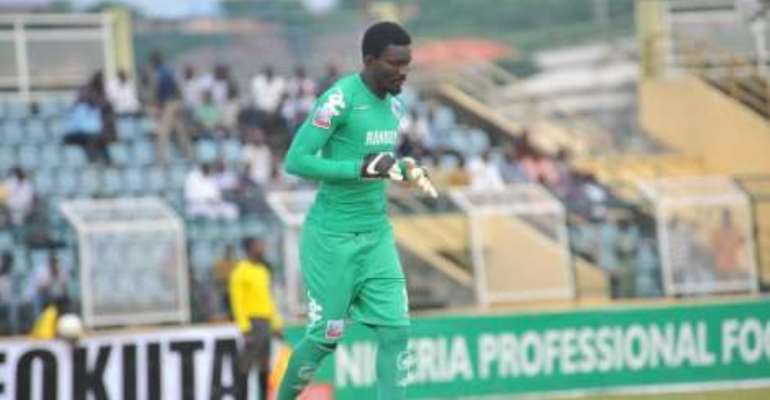 Bonsu joined the Enugu giants this season after he was released by Ghanaian side Ashanti Gold. He then walked straight into the club's first team and has been their number one goalie since the Nigerian top-flight started.

Enugu Rangers need just a point to end their 32 years league title drought, and the Ghanaian believes his side are on course to achieve that feat.

"I won the league title with Ashanti Gold in Ghana last season and told myself I have to repeat the feat with Enugu Rangers when I made the decision to sign for the club," Bonsu is quoted by Complete Sports Nigeria. READ MORE: Teye Partey makes cameo appearance in Atleti win over Bayern

"I later got to know about the history of the club, that is not winning the title in 32 years and I felt I could play a key role in helping us put an end to that.

"It was a big risk for me as I have the opportunity of playing in the CAF Champions League but that decision has been justified now.'

He continued: "We are almost there, but football can be unpredictable at times, 'he added.

"We have to go out there and give our best. Like our coach (Imama Amapakabo) said after the game. It's not yet time to celebrate.

"That will be done after a positive result against El-kanemi on Sunday."

If Bonsu's side wins the league it will be the club's seventh league same as their rivals Enyimba Football Club.