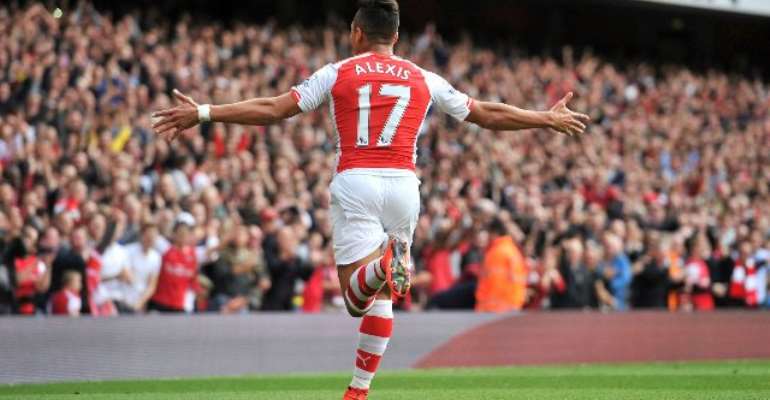 Arsene Wenger's side took the lead after 17 minutes at the KCOM Stadium when Alex Iwobi's shot deflected in off Sanchez.

Jake Livermore was shown a straight red card late in the half for blocking a goal-bound effort with his arm, but Eldin Jakupovic saved Sanchez's spot-kick.

Theo Walcott doubled Arsenal's advantage shortly after the break and it looked comfortable for the visitors until Robert Snodgrass converted a penalty of his own with 10 minutes remaining.

But Hull's hopes of a comeback were dashed as Sanchez made it 3-1 and Granit Xhaka rounded off the scoring with a superb long-range strike.

The goal is Xhaka's first for the Gunners, who have now won three in a row in the Premier League.