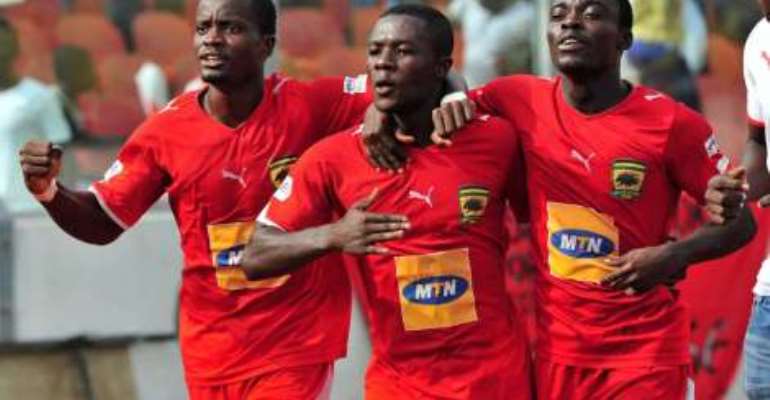 On 12th September, 2012,the expected joy of the new Ghana football season was delivered as Asante Kotoko beat New Edubiase 2-0 to lift the Super Cup match on Sunday.

Goals in either half at the Accra Sports Stadium from Kofi Nti Boakye gave the Premier League champions their Cup triumph.

Kotoko enjoyed more possession and that gave an indication that the Premier League champions may have enough firepower as it is when they open the new season at home on October 7.

Defensive lapses by Edubiase handed Kotoko both goals but the Porcupine Warriors showed more quality on the day than the side from Bekwai in the traditional curtain raiser to the new season.

Nti Boakye latched onto a weak header by Edubiase's central defender Richard Adjei to his goalkeeper Iddrisu Salia as the Kotoko striker rounded the keeper and volleyed into the empty goal after 17 minutes of the first half.

Kotoko held onto the slim lead to end the first half 1-0 up.

Edubiase returned from the interval and just after restarting the game, paid dearly for another poor back-pass, this time to their central defence.

The Kotoko striker again was quick to win the ball and surged towards goal before going past two markers to drive a shot into the near post of goalkeeper Salia.