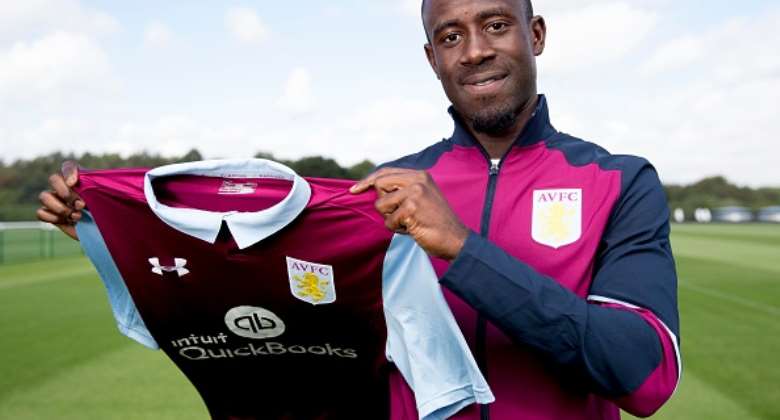 Ghana international Albert Adomah could not make his debut for Aston Villa on Sunday after being left out of the squad in their 2-2 draw with Nottingham Forest on Sunday.

The 28-year-old winger failed to recover from a minor injury to make the grades in Roberto di Matteo's team that threw away a 2-1 lead to draw 2-2 with ten-man Forest.

Adomah, who joined the Villans from Premier League side Middlesbrough, was widely expected to debut for his new side on Sunday but he was left out of the squad by the Italian gaffer who had revealed earlier in the week that the former Bristol City player was unfit for the game.

However his countryman Jordan Ayew assisted both goals for Villa.