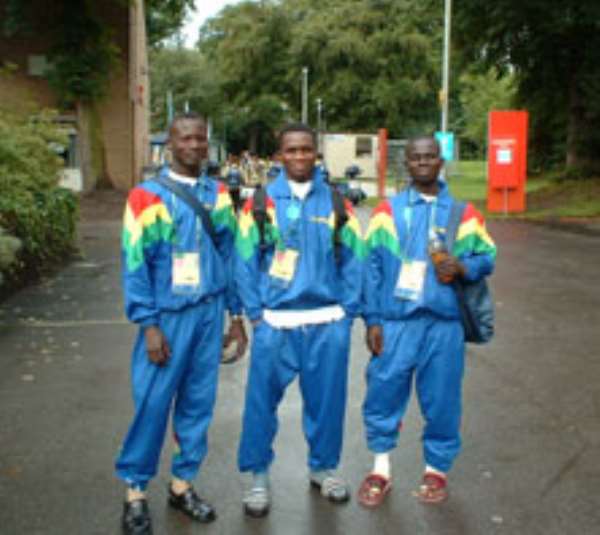 Accra, Feb. 1, GNA - A one-day Judo championship which was organised with the support of the Japanese Ambassador, Mrs. Kazuko Asai, has ended at the Sports Hall of the Ohene Djan Sports Stadium in Accra. The championship, popularly known as the "Ambassador's Cup", is the sixth to be organised since the Ambassadors tour of duty in Ghana.
In the children's category, Gideon Sana, Michael Tekpe and Ali Alhassan placed first to pick the gold medals in the 30kg, 45kg and 55kg weight categories.
Julius Tekpe, Maxwell Asamani and Edwin Sarpoh also took the second positions in each of the weight categories of 30 kg, 45 kg and 55 kg, Jawan Ladasua and Razak Alhassan also took the first positions in the 65 kg and 70 kg, with Aziz Addy and Masawudu Mansur winning the second positions in the categories.
Danlad M. Fuseini and Kojo Twum were crowned the heavy weight champions of the championship.
The Chairman of the Ghana Judo Association (GJA), Mr. Cha S. Larthbridge, General Secretary of GJA, Mr. Patrick Anyidoho, representatives of the French Embassy, National Sports Council and the Japanese business community graced the function.

We stand with Ayine against judicial tyranny, plans to gang ...
20 minutes ago