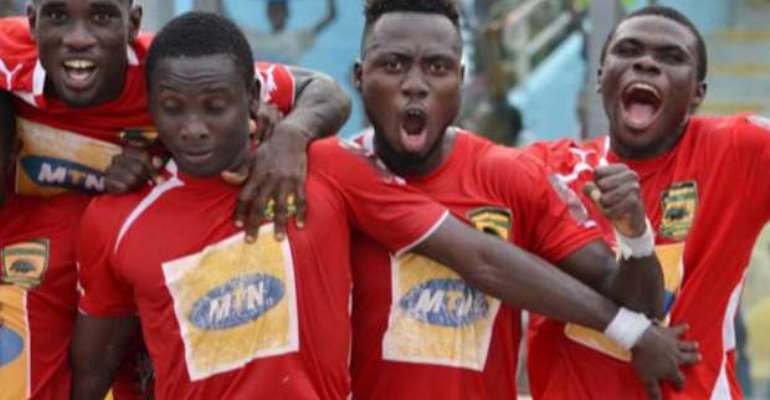 Kumasi Asante Kotoko are cautiously optimistic of booking their ticket to the MTN FA Cup semi-finals when they square off with visiting Bechem United at the Baba Yara Stadium tomorrow.

Playing at home, Kotoko have a better chance than their opponents to advance to the last four in Kumasi if their respective forms in the Premier League is anything to go by.

In the first round of the Premier League, Kotoko stormed Bechem to pip their opponents 1-0 in their own backyard, indicating the advantage they have in tomorrow's game.

But that notwithstanding, Kotoko's coach Michael Osei is approaching the match with caution, especially considering the unpredictable nature of the FA Cup.

On their way to this stage, Kotoko were nearly booted out by two Second Division clubs, AK Shion and Storm Academy, but for the lottery of penalties. That is why the Porcupine Warriors are not leaving anything to chance this time round.

At Nkawkaw tomorrow, another dicey duel awaits local fans as Okwawu United attempt to be third time lucky in their encounter with premiership clubs in this season. This time, they face stiff challenge from WAFA who have vowed to put the brakes on them in their fortress.

Interestingly, Okwawu eliminated Dreams FC and Hasaacas at the same venue in the previous rounds.