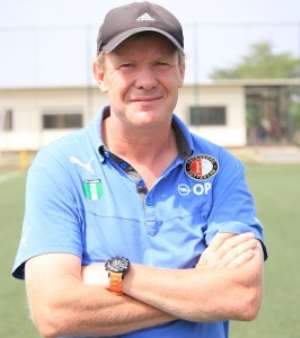 
Dutch trainer John Killa has quit his job at Premier League side WAFA, ending his six-year stint with the ambitious Ghanaian side, GHANAsoccernet.com can reveal.

Killa is expected to fly out of the country on Friday night to his native Holland to meet his family.

The European tactician is yet to officially notify his employers over his shocking decision, GHANAsoccernet.com understands.

Killa has been offered a job at Indian league side Bengaluru FC and will join the side to complete formalities in the coming days, insiders have confirmed.

He guided the Sogakope-based side to 8th on the Ghana Premier League table after the first half of the season.

The club's assistant coach Akakpo Patron is expected to be appointed in an interim capacity.