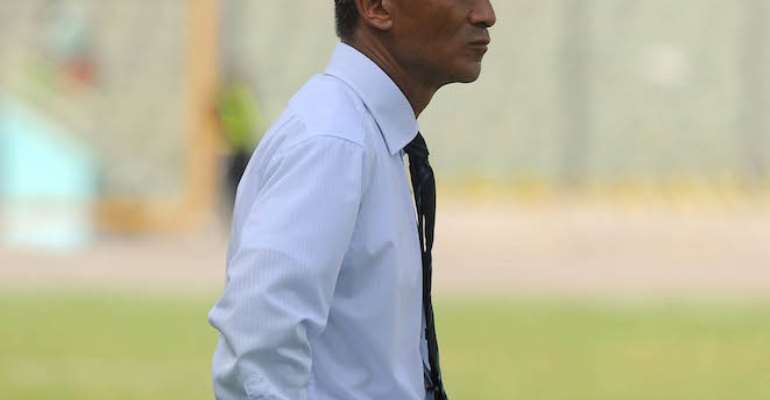 Attempts by the board and management of Accra Hearts of Oak to officially sack Japanese trainer Kenichi Yatsuhashi keeps delaying as fans of the club are not happy with the decision.

Exclusive information gathered from the top hierarchy of the supporters of the Accra-based club has it that the fans are not in support of the decision of the management, hence the delay in sacking him officially.

The Japanese trainer went into the dark books of the Phobian management following his famous facebook post claiming his backroom staff and players are owed salaries and winning bonuses.

The management has since sent signals of sacking the former Aspire Academy trainer but the supporters keep kicking against the decision insisting the trainer has rekindled the team spirit.

Kenichi, before his appointment, was a high school trainer but has succeeded in building an impressive away record for the Phobians.

The Phobians are placed fourth on the league table after the first round of the league with seven wins, five draws and three losses.