GPHL Week 14: Wa All Stars the biggest winners, Hearts of Oak blow chance to return to the top of the table 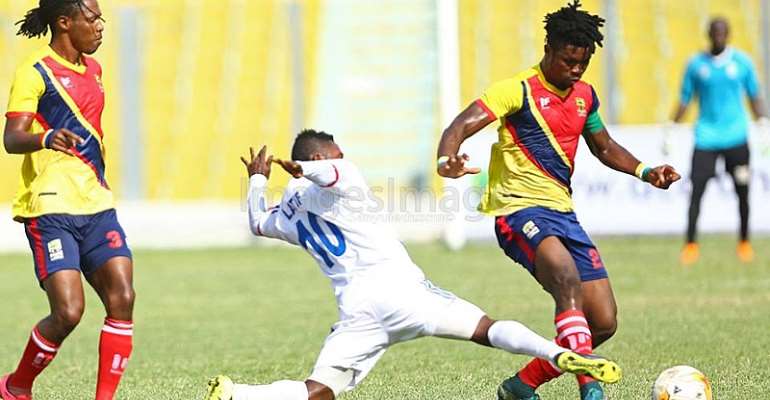 Glorious Hearts Of Oaks are   finding it difficult to replicate their splendid away form at home with their 3rd defeat in Accra in 7 games.

Striker Issah Mohammed gave the scientific soccer lads the only goal of the afternoon in the 18th minute finishing off a brilliant team move.

The Phobia boys labored for the entire 2nd half but they could not fetch an equalizer.

Going into the game the porcupine warriors were on a 4 game winning run with no goal conceded during this run whiles their opponent had gone the same number of games without a win.

Kotoko started the game the better side of the two creating a couple of chances in the early minutes but typical of them this season they squandered the chance.

All stars took over the game and unlike Kotoko they made their dominance count with Richard Arthur giving them the lead midway through the first half. The goal is the first Kotoko have conceded away from home under Michael Osei.

Asante Kotoko came in strong in the 2nd half with the introduction of Burkinabe import Halipha Sedogo and Kwadwo Poku but Allstars were able to hold on to their lead which has ended their four game winless run and at the same time moved them on top of the league.

At the Tarkwa & Abooso Park Medeama once again came from 2 goals down to redeem their image.

Promising winger and captain of WAFA gave them an early lead. Youngster Komlana Agbegniedan made doubled the lead for the Soccer Academicians.

It was the first time John Kila's charges have scored more than a goal away from home this season but that couldn't fetch them their first away win throwing away the 2-0 lead even before the first half would end. Daniel Amoah reduced the deficit for the Tarkwa Mauves with Bernard Ofori netting the equaliser.

Back from recess the game was even. The game headed for a stalemate but Akwesi Donsu had other plans. The midfielder in the 91st minute won the game for Medeama with a trademark free kick strike.

Inter Allies finished Berekum Chelsea in the first department of the game with a goal from Edward Adjaklo and a brace from Fredrick Boateng.

A 2nd half Stephen Adams' goal from the spot was just a consolation goal as the game ended 3-1 in favour of the Harbour City club.

10 man Sekondi Hasaacas earned a hard fought point away to Bechem United. Eric Adu Poku scored a late equalizer for Hasmal after going down in the 12th minute from Abednego Tetteh's spot kick.

The miners without a win in 5 games took a early lead in the 3rd minute via a Shaffiu Mumuni strike. All they needed to do it to protect the goal for the remaining 87 minutes and their winless run will end.

They were able to protect the narrow lead till the 81st minute when Ebenezer Agyapong scored for Techiman City to safeguard their unbeaten home record.

Aaron Amoah returned to his former home ground, Len Clay stadium where he starred for Ashanti Gold and it was a perfect welcome as he scored the only goal of the game to hand Dreams FC an important away win over bottom placed club New Edubiase United.

There 4 home wins, 2 away wins and 2 draws.
Techiman City's draw means they will finish the first round unbeaten at home same as Wa Allstars.