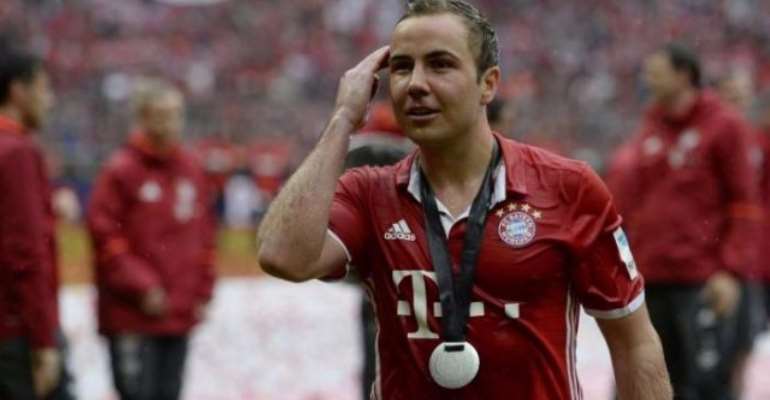 Liverpool have been dealt a blow in their pursuit of Germany midfielder Mario Gotze, who has parted ways with his agent and seemingly committed his future to Bayern Munich.

Jurgen Klopp is keen on bringing his former Borussia Dortmund star to Anfield, and reportedly told the club to do everything they can to get a deal over the line ahead of Euro 2016.

The Reds’ chances appeared to be boosted by reports in Germany last week, which claimed the 23-year-old attacker was not in incoming manager Carlo Ancelotti’s first-team plans in Bavaria and could be available for just £20million this summer.

Gotze has struggled for regular game time at the Allianz Arena, particular this season having suffered from persistent injury troubles.

But the World Cup hero has poured cold water on the rumours, saying he now plans to stay at Bayern and hopes to impress new manager Carlo Ancelotti.

“I look forward to the new season in Munich and will do everything possible to be in top shape during my first training session under Carlo Ancelotti,” Gotze is quoted as saying in Bild.

“SportsTotal and Mario Götze end their six-year collaboration by mutual agreement,” read a statement from the agency. “This is the result of a conversation SportsTotal CEO Volker Struth and the 23-year-old forward who met after Bayern Munich’s game last Saturday.

“After extensive deliberations and discussions in the past few weeks, we have come together to decide that we will terminate the cooperation. Therefore we met for a joint discussion and parted by mutual consent. I thank him for his many years of trust and wish him well for the future.”

Götze added: “I thank SportsTotal for a very good cooperation with many highlights and great memories that have shaped my career decisively.”

Struth has openly criticised Bayern in the past, accusing Pep Guardiola of ‘destroying’ Gotze's career while also saying the Bundesliga giants have undervalued the World Cup hero.

It was Gotze’s agent who was supposedly keen on him moving to Anfield, so the players’ decision to part ways could well be an indication of his wish to stay with the German champions.