David Duncan warns players not to get swollen headed 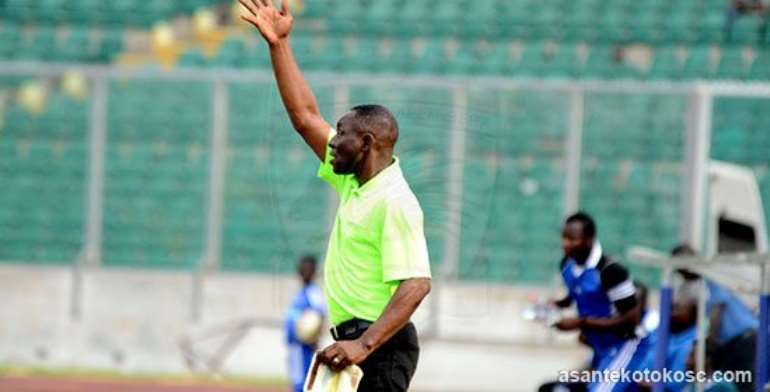 Asante Kotoko coach David Duncan has refused to get carried away as his side continued their fine pre-season run with a 1-0 win over second tier side Vision FC.

Elvis Amoh’s strike in the first half was the difference between both sides as Kotoko remained unbeaten in pre-seaosn.

In spite of the impeccable performance displayed by the Porcupines, Duncan insists the team are far from the finished article.

“You can have a lot of disappointments for a number of reasons,” Duncan told Joy Sports.

“We don’t supervise the players, as far as their lifestyle is concerned, maybe you the players can get carried away by the environment.”

“The competition as a matter of fact hasn’t started, I have been around long enough to know that you take one game at a time.”

“We don’t let that get into our heads, there is a lot of work to be done.”

Duncan has overseen the transformation of Kotoko ten months into the job after he replaced Didi Dramani following a torrid beginning to 2015.

Bridget Otoo allegedly sacked from Metro TV because of Maham...
1 minute ago

The importance of quality in software – 1
1 minute ago