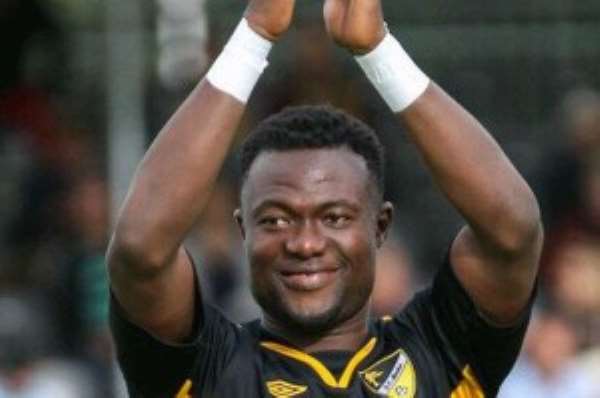 
Ghanaian defender Gideon Baah has arrived in the United States of America to complete his switch to New York Red Bulls.

The 24-year-old, who plays for Finnish giants, HJK Helsinki, is expected to sign a permanent deal with the Major Soccer League side.

The former Kotoko left-back, was heavily linked with a sensational move to Barcelona but the Spanish side dragged their feet to sign the talented defender.

The Ghanaian comes with an extensive resume of competing at the highest levels of European football.

He has appeared in seven UEFA Champions League matches, and nine Europa matches for HJK.

He has also appeared in 41 league matches over two years for his club, helping them win the 2015 League Cup.