CHAN 2016: Mali score at the death against DR Congo to land in final 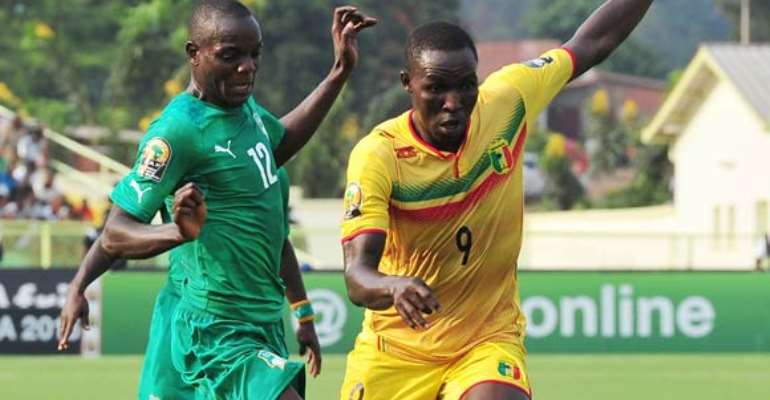 Mali will face DR Congo in the final of CHAN 2016 after they beat Ivory Coast 1-0 in a thrilling semifinal thanks to Yves Bissouma's 89th minute goal.

It was an end to end match and both sides had their chances to wrap up the game, but a youthful Mali side prevailed in the end.

Ivory Coast started the brighter of the two sides and in the 7th minute, a ball over the top was chased down by Guiza who almost created a half chance for himself.

A minute later Koffi hit a direct free kick for Ivory Coast, which was on target but Diarra saved comfortably in goal before Essis Aka fired in a quality long range shot, which rebounded off the Mali upright following a good passage of play by Ivory Coast.

In the 19th minute Ivory Coast went close again after Mali fumbled a free kick at the far post and just after the half hour mark Mali won a penalty after a hand ball in the area by Comara.

But Coulibaly's effort was tipped over the bar by the goalkeeper Badra.

Two big chances arrived for Mali in the 55th minute - first Abdoulaye Diarra and then Sissoko - but both saw their long range shots blocked on their way to goal.

Then, in the 58th, a great run by Sekou ended in a cross to Kouame but somehow the substitute missed the target from close range.

But it would be another substitute, Bissouma, who stole the show with an 89th minute goal to seal the deal and put Mali into the final.