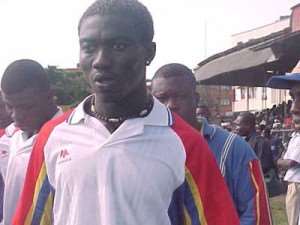 Ex-Hearts of Oak winger Don Bortey has denied claims that he falsified an International Transfer Certificate (ITC) to sign a contract with Swedish lower-tier side Ange IF.

The 33-year old winger before moving to Sweden in 2014 had stints with Equatorial Guinean side Panthers FC.

Reports later emerged that the African side has reported the behavior of the Ghanaian to FIFA for failing to respect his contract with them and also falsifying an ITC to land a deal in Sweden.

But the Ghanaian has vehemently denied those reports that he falsified an ITC claiming he does not even know about such issue.

The former national star had his [promising career troubled after leaving the 2000 African club champions.