“Don't blame the Kwesi Nyantakyi for the lack of sponsorship for the GPL” – Dr. Nyaho Nyaho-Tamakloe 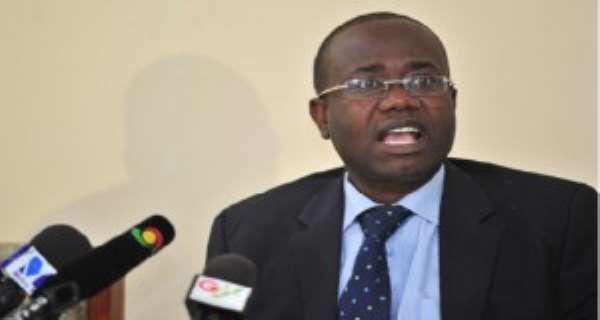 The domestic top-flight scheduled to come off next month is likely to start without a major headline sponsor following Capital Bank's decision to suspend their sponsorship after just a year in their five-year deal with the FA.

And according to the ex-FA chief, the current FA President Kwesi Nyantakyi must not be blamed for the lack of sponsorship for the Ghana Premier League because he is trying his best to get sponsors for the league.

'We can't blame the GFA President for the lack of sponsorship. I am sure he is not sitting there unconcerned. He is trying his best.

He might have made efforts but we cannot say he is the reason for the failure,' Nyaho Tamakloe told Boss FM.

'Clubs will be having very difficult times in the coming season because, we will play without sponsorship,' he added.