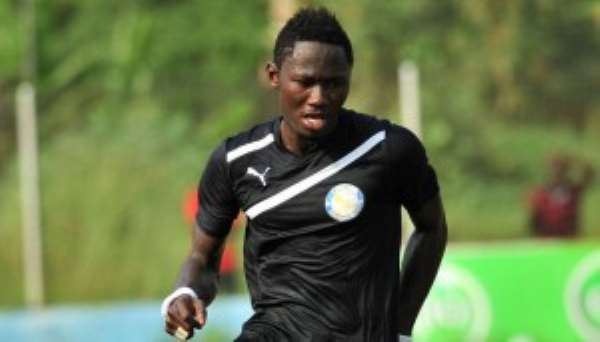 Hasaacas coach Yusif Basigi is delighted with the capture of striker Eric Bekoe, and remains confident he can spark their campaign this term.

The 28-year-old signed a one-year deal with the giants of the West on transfer deadline day.

The former Kotoko striker is keen to silence his critics after being inactive for close to two years.

And Hasaacas coach Yusif Basigi is counting on the ex-Heart of Lions man to spark their campaign this term.

'I am happy to have his quality in my team, he was recommended to my by a brother and i jumped to the opportunity, we talked and he is happy to join us and his motive is to prove a point his season.' he is quoted by Footballmadeinghana.

'People should not be worried about form any player can gain form as long as he can run and kick the ball. Big players lose form but they work themselves up and Eric is not different.'

'With injury concerns any player can get knocks, we have five strikers therefore there will be rotation so pressure will not be on him.'

Bekoe is expected to spearhead the crisis-hit team on his return to the domestic scene.