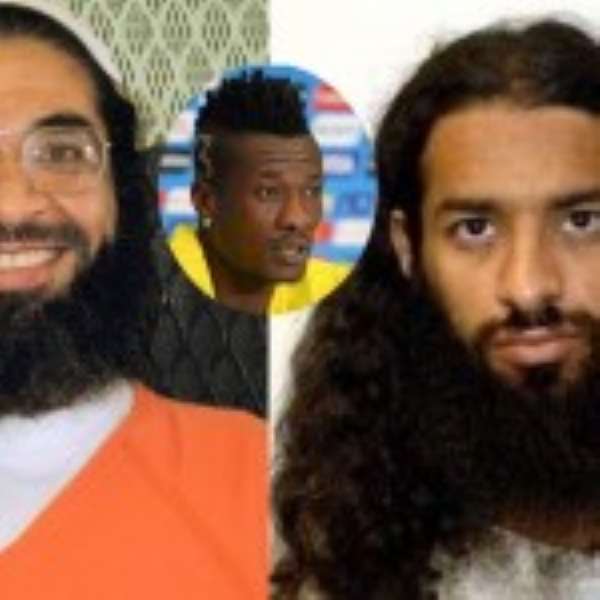 It is unclear how the captain of the Black Stars Asamoah Gyan would feel about this, but the two former Guantanamo Bay detainees who are being hosted in the country have expressed their love for him as a striker.

According to one of the ex-detainees, they followed the exploits of Ghana at the 2010 World Cup in South Africa, where the Black Stars captain was phenomenal.

He revealed that other inmates also supported Ghana and Asamoah Gyan during the tournament.

“Ghanaians are very good people. We are very excited to come to Ghana because we know some of the things about Ghana. First of all there is Asamoah Gyan, we know him, we like him very much, not just us, most of our people like him,” they added.

They said this in an interview on Accra-based Uniq FM.

Asamoah Gyan currently plays for Shanghai SIPG in the Chinese Super League but previously played for Al Ain in the oil rich nation of UAE.

News about Ghana hosting the two former Guantanamo Bay detainees caused public uproar while many questioned why the United States would transfer them to Ghana.