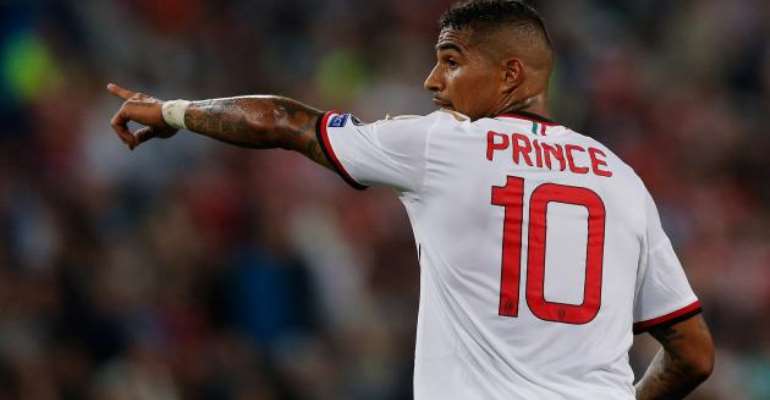 Kevin-Prince Boateng wore the No.10 during his first spell at AC Milan

Kevin-Prince Boateng has been handed the number 72 jersey on his return to AC Milan.

The midfielder has been included in the Diavolo squad to face Bologna on Wednesday in the first Serie A match of the season.

But Milan coach Sinisa Mihajlovic has said he will start from the bench.

Boateng made 100 appearances in his previous spell with the Rossoneri, scoring 17 goals and helping his side to clinch the 2011 Scudetto.