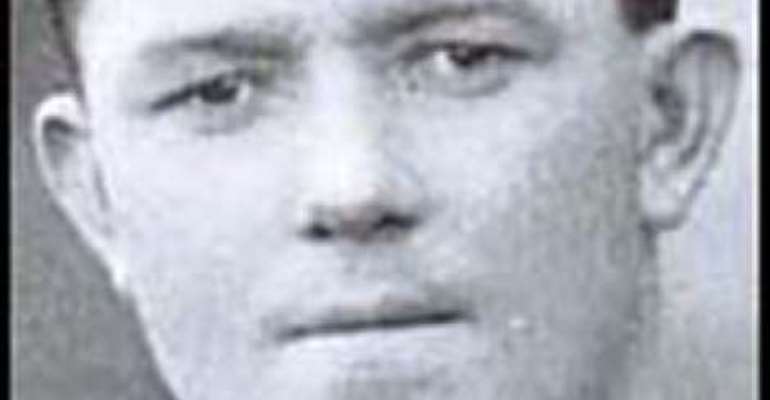 On 27th December 1915, the FA issued lifetime bans against seven Manchester United and Liverpool players for participating in a match-fixing scheme the previous season.

The match in question was played on 2 April 1915, near the end of the season. United were in 18th place, only one point clear of relegation, while Liverpool were sitting comfortably in 13th, not in danger of relegation, but out of contention for any silverware. United won 2-0, thanks in part to a missed Liverpool penalty.

Rumors swirled immediately about a fix, prompting the FA to investigate. They determined that seven players--Sandy Turnbull (pictured), Arthur Whalley, and Enoch West from United; Jackie Sheldon, Tom Miller, Bob Pursell, and Tom Fairfoul from Liverpool--had colluded to determine the outcome. The motivation appeared to be personal financial gain, with all seven players placing bets on United to win. But the two points helped United's survival, as they finished 1 point above the relegation zone. West vehemently denied any involvement, even suing the FA--unsuccessfully-for libel.

All seven participants received lifetime bans, though all but West's were eventually lifted in 1919 in recognition of their service during World War I. In Turnbull's case, the reprieve was posthumous, as he died in action.