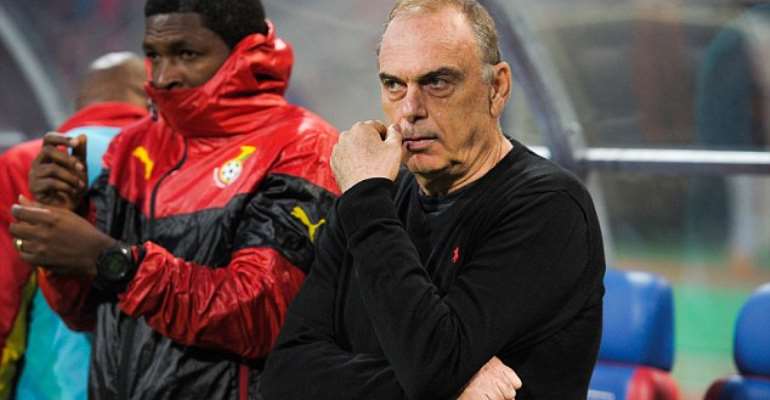 Ghana coach Avram Grant is being considered for the Chelsea job

Ghana coach Avram Grant is among the managers who are being considered to replace Jose Mourinho as the coach of Chelsea as the Portuguese boss' deteriorating relationship with the Blues squad takes him closer to the sack.

A report in one of the biggest newspapers in the UK, Daily Mail, claims that the Israeli manager is among a shortlist of managers drawn up by the Chelsea board to replace Jose Mourinho.

The Black Stars coach, Guus Hiddin,  Fabio Capello and former Liverpool manager Brendan Rodgers are the names under serious consideration by the Chelsea board.

Chelsea owner Roman Abramovich, his closest advisers and the club's board, held a number of meetings on Tuesday and Wednesday about Mourinho's position since Monday's disastrous 2-1 defeat at Leicester.

Indeed a Chelsea statement confirmed that the club's board held a meeting on Tuesday to discuss Mourinho's future and revealed that nothing has been concluded yet as the discussions will continue for the rest of the week.

Mourinho position at the club has come under scrutiny as the Blues have lost nine of their 16 games in the English Premier League this term but his sacking would prove expensive.

Chelsea will have to pay Mourinho £40million if they fire him as his four-year, £250,000-per-week deal will leave them out of pocket despite the presence of their billionaire owner.

Grant, a close friend of the Chelsea owner Abramovich, is said to be among the favourites for the job following his impressive stint with Ghana and a return to Chelsea is on the cards after leading them to the final of the Champions League.

The board of the Blues is plotting to bring the Israeli coach back to Stamford Bridge, just ten months after the Israeli led Ghana to the final of the 2015 Africa Cup of Nations in Equatorial Guinea.

If he signs the deal with the Welsh club he will reunite with Chelsea's Baba Rahman who is a key part of the Ghana national team.

Grant has one year left on his contract with the Ghana Football Association as the coach of the Black Stars.