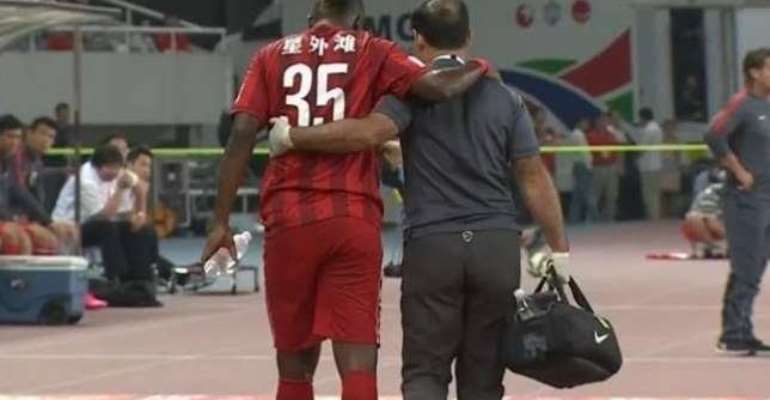 It's a double blow for Asamoah Gyan as he got an injury and his team lost ground in the top flight.

Shanghai SIPG were beaten 3-0 at home Guangzhou Evergrande but they'll be more worried about the knee injury to their Ghanaian superstar.

The Black Stars captain was not fully fit going into the game and featured for just 18 minutes after seemingly making the injury worse. The striker had, a week ago, sat out Ghana's Afcon qualifier win against Rwanda though he had trained beforehand.

Gyan has been blighted by niggling injuries in the past year that has not threatened to staunch the flow of goals he's used to, although it remains a concern.

Asamoah Gyan will undergo further tests to reveal the severity of the injury that caused his substitution as his SIPG side (52 points) have been overtaken atop the league by their vanquishers, Evergrande (54 points).