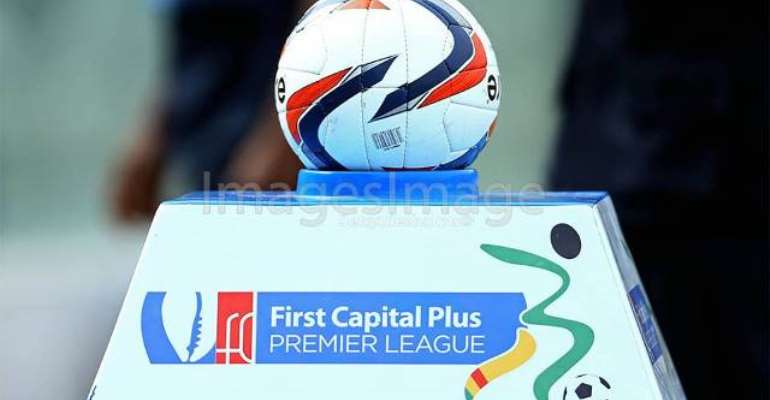 The last round of matches of the 2014/2015 First Capital Plus Premier League will come off this Sunday, September 13 at all centers with 3:15 being the kick off time according to the Professional League Board (PLB) of the Ghana Football Association.

As many as nine clubs (WAFA, Hearts of Lions, Asante Kotoko, Hasaacas, New Edubiase, Medeama, Bechem United, and Great Olympics) could join relegation bound B.A United to Division One after Sunday round of matches and this puts the PLB under a serious microscope to ensure fairness across board.

The soccer miners sits comfortably on top of the league log with 52 points and even a lose against Olympics will not affect their chance of lifting their first league title since they last did 19 years ago (1996).

On the other hand, the wonder club is one of the few teams that will go into Sunday’s game with calculators in their pockets because a win for them over AshGold may not guarantee their stay in the Premiership. They have to count on other results from other centers as they have accumulated 37 points and are fifteenth on the ladder.

The Porcupine Warriors have thrown into the relegation jungle, courtesy a Disciplinary Committee ruling for fielding an unqualified player in their match against Hearts of Oak and for them to escape the boat they have to pick all three points at stake.

Currently, the Porcupine Warriors are tenth on the table with 39 points whilst Aduana Stars are second on the log with 46 points.

FA Cup holders, Medeama SC will slug things out with ever impressive Inter Allies at the Tarkwa T&A Park.

Inter Allies have proven to be a tough nut to crack throughout the season and will leave no stone unturned, but to give Medeama a run for their money on Sunday. Inter Allies are fourth on the table with 42 points whilst Medeama is thirteenth with 38 points.

For Medeama to stay in the Premiership, they have to go all out to beat Inter Allies. But the visitors nonetheless will remain in the league should they lose on Sunday.

Most entertaining West African Football Academy (WAFA) will entertain Hearts of Oak at the Sogakope Park. Hearts are fifth on the table with 42 points whilst WAFA is eighth with 40 points.

To be on the safer side, WAFA must beat Hearts to stay in the league, but Hearts of Oak will also be relegated if they should lose the match on Sunday and further go to lose the appeal case against Asante Kotoko which is before the Appeals Committee.

Former Champions League campaigners, Berekum Chelsea will welcome All Stars to the Golden City Park. The visitors are seventh on the table with 41 points same as Chelsea but the home side is sixth due to a superior goal advantage.