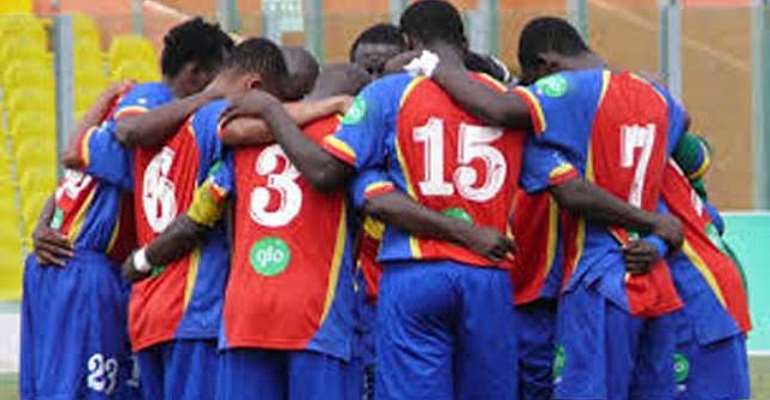 Hearts of Oak attachÃ© coach, Can Vanli is confident of a top four finish with the Phobians should the former premier league champions win their last game against WAFA at Sogakope.

The 53 year old trainer took charge of the Accra based dug out at the time relegation was smiling at the club and since his appointment the Phobians have played five premier league games without a defeat winning 4 and drawing 1.

However, Hearts of Oak position on the log sheet further got boosted after they were awarded three points by the Disciplinary Committee of the GFA in a protest they filed against Asante Kotoko over the illegal usage of Obed Owusu in their match day 25 which the Phobians lost 1-2, which has enabled them to climb up the league ladder to 5th place.

And due to the Phobians current resurgence, Can Vanli who was brought in a month ago as an attachÃ© coach after the sack of Herbert Addo is confident of a top four finish with Hearts of Oak should they win their last away premier league game against WAFA.

'We're gunning to win our last game and that will surely seal us a top four finish. We want to make football history for ourselves,' Vanli told Kumasi-based Nhyira FM.

Hearts of Oak top four finish might come to pass depending on the result of Inter allies who are currently at the fourth position and their last game is against Medeama in Tarkwa.