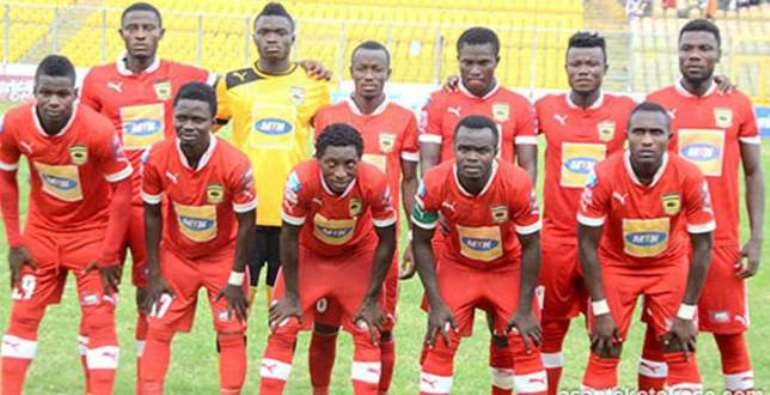 Kumasi Asante Kotoko settled for a one all draw against Bechem United on Sunday at the Baba Yara Sports Stadium in a friendly game to keep the two sides in good condition.

Bechem United went ahead in the first half, before Ahmed Toure, Kotoko's leading top scorer brought the Porcupine Warriors level in the second half.

The Ghana Premier League was suspended to pave for the other GFA competitions to complete, before the league bounces back for the match day 29 and 30 fixtures.

This game is a good exercise for Kotoko, who will engage Medeama sc in the final of the 2015 MTN FA at the Essipong sports Stadium, Sekondi.

The Porcupine Warriors are currently lying 3 on the league log, while Bechem United are sitting 14 on the league ladder and will face Hasaacas in Sekondi and Inter Allies in Tema, respectively when the league bounces back on 6 September for the penultimate fixtures.