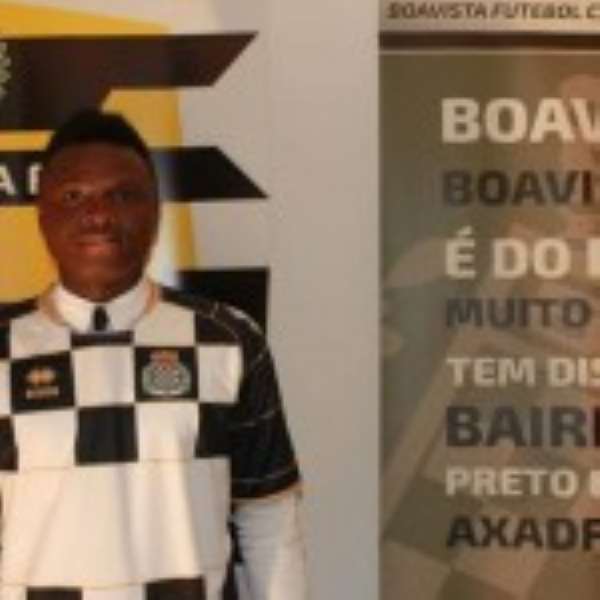 By Patrick Akoto
Ghana defender Samuel Inkoom has ended a long search for a club after signing for Portuguese outfit Boavista, GHANAsoccernet.com can exclusively reveal.

The club announced on Thursday that the 26-year-old has joined them for an undisclosed fee.

The Ghanaian international joins the European outfit as a free agent after leaving American Major Soccer League side DC United.

The former Asante Kotoko defender has been on a lookout for a new club since parting ways with the MLS side and has been snapped by the Portuguese outfit on a long-term deal.

Inkoom has an extensive international resume, having played for FC Basel of Switzerland, Ukrainian side Dnipro and lately DC United.

His return to club action could ignite his return to international football after being frozen out for close to a year.

The experienced right-back was left out of the Black Stars squad for the 2015 Africa Cup of Nations due to club inactivity but now presented with a real chance to stake a return to the team.

He has 46 caps to his name and won the World Youth Championship with Ghana in 2009.