Failed or falling: Aboagye provides a reminder of why we love and loathe the U-20s 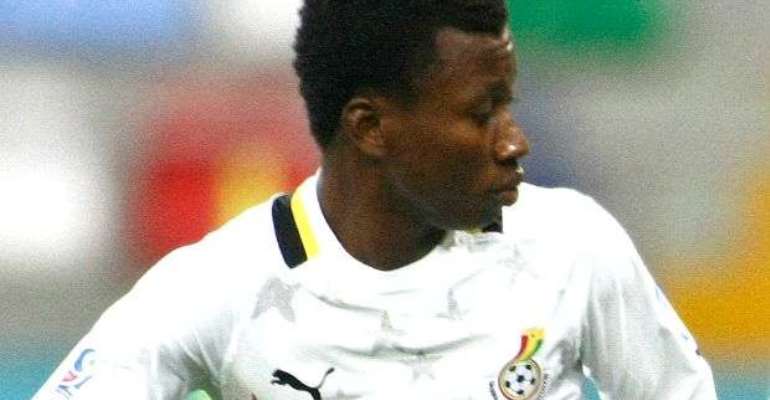 It's been another classic start to the FIFA World U-20 championship for Ghanaians. First everyone pretends they don't care including large chunks of the media. Then the team puts a performance to remember. All of a sudden everyone comes on board and discover as they always say 'this could be the future of Ghana football'.

Last Tuesday was a typical example. The opening day of the U-20 world cup in New Zealand did not mean much. Few people bothered to watch and on social media particularly on Twitter which has become a good measuring rod for popular football games, there wasn't much chatter about it.

Then Tuesday came against Argentina who with six world titles and a 19-match unbeaten run are the undisputed masters at this level. Suddenly it mattered. Ghana had Clifford Aboagye in supreme form and he played just the way Ghanaians love.

The first touch, the flick, the nutmeg, the no-look pass, the dummy. Above all the big, big football brain. He was the master orchestrator and the whole match was played at a tune and pace that  he dictated. Aided by the morning rain which normally means a day when everyone is allowed to be late, he also performed before a peak audience.

Twitter and radio reacted the way Ghanaian fans know how. He was trending as we say in social media parlance these days.  Some compared his passing ability to Andres Iniesta. There were inevitably those who claimed a Black Stars call up is deserved at the minute. It marked the second coming of Clifford Aboagye, a player so brilliant at the last U-20 world cup in Turkey that he was named third best player of the tournament.

But the fact that it has taken another U-20 tournament for us to be reminded just how good he is should be one of the reasons why all of us with high hopes for him should be worried.

The ease with which he tore Argentina apart, the simplicity yet elegance of his play, the measured passes and ability to glide in between opponents while making a mockery of his small, slight build suggest a player who should be mixing it at the highest level. But he is not.

Elsewhere meanwhile, Paul Pogba is hot cake the world over, Harry Kane top scored in England, Geoffery Kondogbia is wanted by top clubs in Europe and Kurt Zuma has become a popular name in the English premiership. They were all in Turkey with Aboagye.

In a way comparisons like that are unfair on Aboagye and members of the Ghana team. Kane, Kondogbia and Pogba by fate of nationality are always more likely to have more access to bigger clubs and platforms like say Aboagye. They don't have to worry about all the rules designed to keep out players from Europe and encourage their own youngsters.

But that provides no consolation from the fact that while they mix it with the best in the best club competitions in the world and toughest league, Aboagye is with the team B of Granada.  The 'he is still young' defence will come up but at 20 he hasn't got all the time in the world.

We will all tune in for the next Ghana match against Mali expecting another masterful display from him and the rest of the side. We will also hope that when he drops the shoulder, beats one man and lays on a goal scoring pass, scouts of some of the biggest clubs will be drooling at his talent and ringing up their bosses to say this boy deserves to play at the highest level. Above all we will also hope that when they do, those entrusted to manage his career won't put their selfish interest and the thoughts on profit above his development.

Given how good he looks on the ball it will be a shame if five years down the line we put him in the category of players we speak about only in nostalgic terms. He would be too young for that. Sadly we have too many of that too. And sadly many of them have had similar days like the ones Aboagye had against Argentina and even better. That is why there will be many watching the U-20 thinking we have been here before. They will desperately hope going forward Aboagye and his mates will change the narrative. Until them cheer them on and enjoy the regular air of football superiority that the U-20 brings.