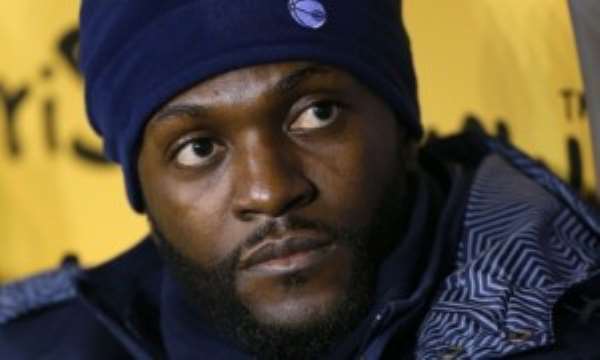 New Togo coach Tom Saintfiet has axed three key players from his squad to face Ghana in an international friendly on Monday ahead of next week’s Africa Cup of Nations qualifiers.

The stubborn Belgian coach removed captain Emmanuel Adebayor from the squad as he seeks to stamp early discipline on the squad.

Saintfiet said Adebayor and two other Togo players – Kossi Agassa and Floyd Ayite – had shown a lack of discipline after they failed to join up with the squad on time as they prepared for their opening Africa Cup of Nations qualifier next weekend.

“I have no problem with the players as individuals,” Saintfiet told BBC Sport from Accra.

“We ask only to be as one team together, to prepare us for these important games,” Saintfiet explained.

Togo take on Liberia in Lome on Sunday 14 June in a Group A fixture that marks the start of their qualifying campaign for the 2017 Nations Cup finals.

The fixture against Ghana on Monday will be a big test for Togo against the recent Nations Cup runners-up as they prepare for the Liberia game.

The absence of Tottenham striker Adebayor, Stade de Reims goalkeeper Agassa and Bastia midfielder Ayite will be a big loss for Togo but Saintfiet claims he was left with little choice saying all three players were absent for much of last week.

“Floyd Ayite and [Kossi] Agassa were only one time in training and Emmanuel [Adebayor] came twice, but for the rest of the time I never saw him.

“So I’m very sad about that because these three players were in my squad of 23, they are important players for the country and I was looking forward to working with them.

“But if they are not able to be part of it and commit to the national team as all the other players – and we have many more players who play in Europe – the rules are the same for everyone.”

Despite removing all three players from the squad, Saintfiet – who previously coached Ethiopia, Namibia and Malawi – insists the trio have not been suspended and could still have a future with Togo.

“At the moment they are not part of it, but they have not been suspended and I have no problem with them. The doors are never closed for me because these are players with exceptional quality.

Adebayor’s club Tottenham Hotspur gave him compassionate leave twice last season to return to Africa to deal with a personal family feud that the striker has discussed on social media.

Saintfiet , who was appointed last month as coach of the west African nation, acknowledged Adebayor’s importance to the Togo set-up.

“A player like Emmanuel Adebayor is unique in Togolese football with his quality and he’s a very strong player.

“But again, if a player wants to be part of the team, he has to be with the team, following the rules of the team.”