U-20 World Cup: 'We have the quality to do well at the World Cup' - Clifford Aboagye 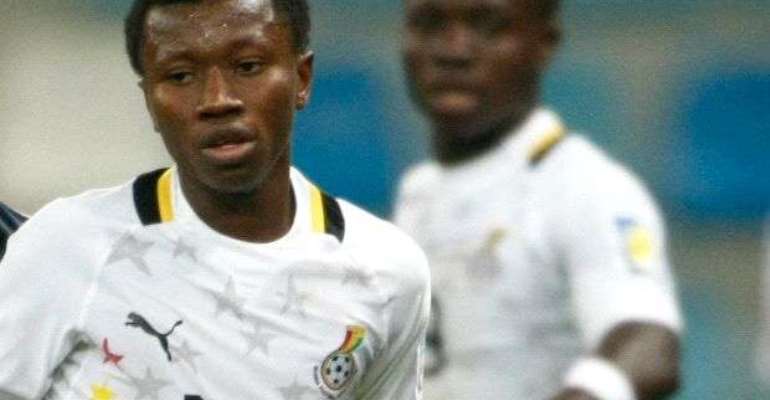 Ghana's U-20 diminutive midfielder, Clifford Aboagye has confidently stated that the Black Satellite has the needed quality to do well in the FIFA U-20 World Cup in New Zealand starting this Saturday.

Ghana is in Group B alongside, Argentina, Panama and Austria and their quest of performing well in the competition will depend on the quality of players they have in camp.

But Clifford Aboagye who won the FIFA bronze ball two years ago  in Turkey is confident  Black Satellites will do well base on their quality.

"We have the quality to go all the way,' confident Aboagye told FIFA.com.

'We understand that the first target will be to get out of the group, and then we'll take it one after the other all the way."

Ghana won bronze in the last edition in Turkey.
'It has been two years since I won the bronze ball, and I have learned so much during that period. What I desire is for the team to do well and for me to win gold or at least silver in the category of the best player. It is a very big stage and every player dreams of playing in tournaments like this. It is not every day that you get to play at such a level and if given the chance, you grab it and hope to go a step further," he added.

The Black Satellites qualified to New Zealand after placing third in the AYC championship and according to the Granada midfielder he is confident the African teams at the tournament will perform well.

'The level of play at the AYC was inspiring. The African game is growing. It is always a great feeling to see other teams you know, from the same continent and with players you have engaged with before, do well.

"I will be happy to see them progress in New Zealand. It would be a shame if this did not happen, because they have so many talented players. I believe they have what it takes to do well, and I am hoping they live up to my expectations for them."

Ghana will open their campaign against Austria on Saturday at the Wellington Regional stadium in New Zealand.