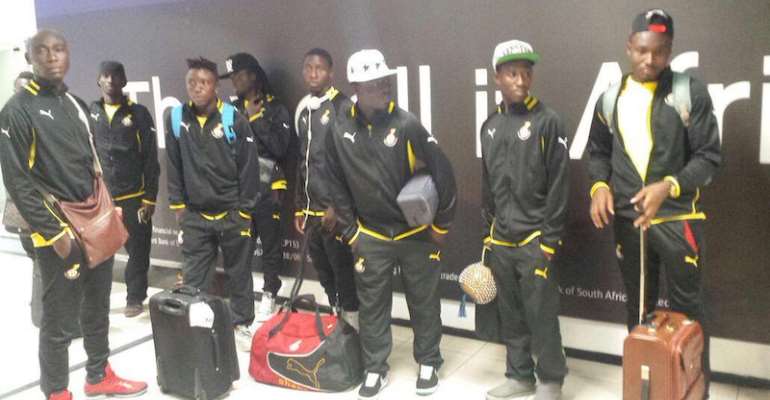 Local Black Stars at the OT Airport in Johannesburg.

The Local Black Stars were quickly bused to Rustenburg where they will be based for the tournament.

Ghana will face the winner from Group B- which contains Lesotho, Madagascar, Swaziland and Tanzania- at the quarter-final stage on 24 May.