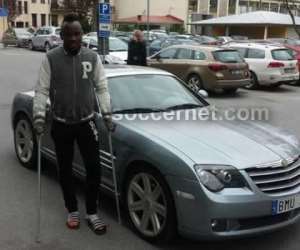 Sam Mensah's Orebro were handed a 2-1 defeat by Goteborg in the finals of the Swedish Cup on Sunday.

The hosts were however given a real scare as they had to wait until the 68th minute to cancel out Orebro's 23rd minute lead and go on to win the game before their home fans.

Ayanda Nkili scored early on to give Orebro who are currently bottom in the Swedish League a real boost against the leaders.

Orebro put in a solid defensive display thereafter marshalled by Ghanaian defender Sam Mensah but were undone in the 68th minute where they were punished by Lasse Vibe for dropping their guard.

Soren Rieks put Goteborg ahead nine minutes later in what eventually proved the winner to hand the hosts their first title of the campaign.