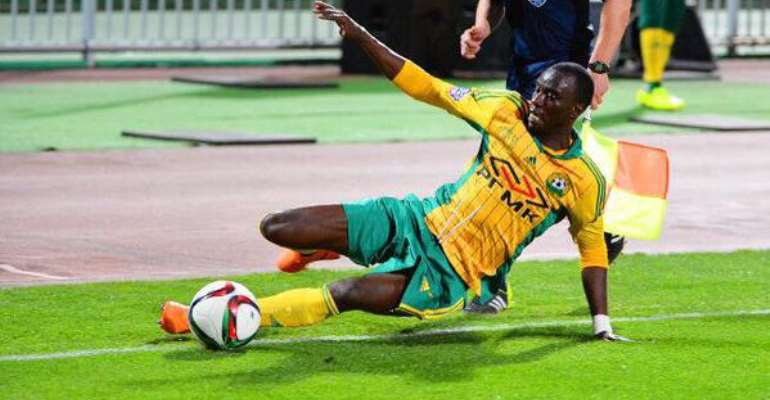 Rabiu Mohammed was sent off while in action for Kuban

Ghana midfielder Rabiu Mohammed was sent off while in action for Kuban Krasnodar in the Russian Premier League on Friday evening.

The 25-year-old holding midfielder picked a double booking on the 80th and 85th minute at the Stadion Rubin as Kazan’ squeezed through with a narrow 1-0 win.

Rabiu, who started the game, was booked first for a foul on a team-mate before committing another foul moments later, causing referee Alexey Nikolaev to send him off.

This was the first time Rabiu has picked a red card in his league career which has spanned between seven seasons.

His season has not gone as desired as he has started just 16 games for Kuban, just about 60% of their league games this season.