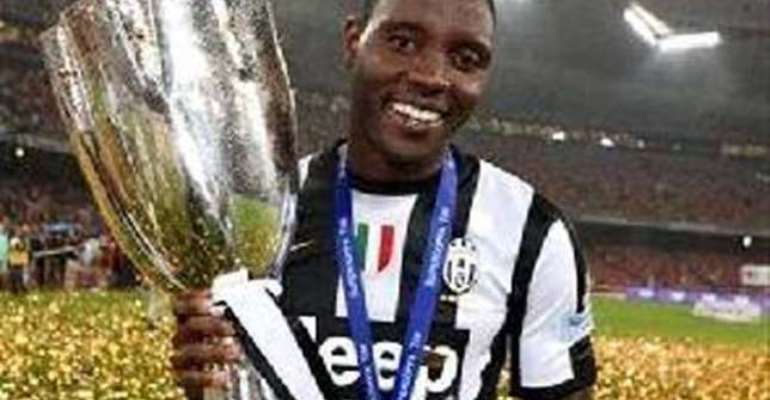 On 5th May, 2013, Kwadwo Asamoah won his first Italian Serie-A title by helping defending champions Juventus clinched their 29th title with a 1-0 victory over Palermo

The 24-year-old played 67 minutes of the win at the Juventus Stadium which saw the Old Lady clinched their second consecutive Serie-A title.

A penalty from Arturo Vidal secured the win and gave Juve an unassailable 14-point lead over second-placed Napoli, with four games to play.

It  was the first time they won back-to-back titles in 10 years, excluding the titles of 2005 and 2006 which were subsequently stripped.

Juventus had both the 2004-05 and 2005-06 championships removed in July 2006 after an Italian Football Federation ruling regarding match-fixing and were also demoted to the Italian second division along with Lazio and Fiorentina.

Despite their 29th Scudetto success, Sunday was not the perfect day for the 'Old Lady' as Juve finished the game with 10 men, after former Manchester United midfielder Paul Pogba was sent off for spitting at Palermo defender Salvatore Aronica.

Juventus by the close of the season earned 87 points and continued their league victories in 2014 and and 2015 with the third and fourth consecutive titles.