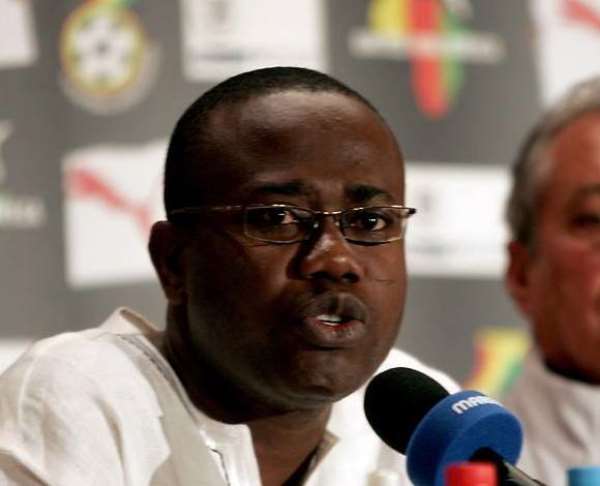 Below is a statement released on the Ghana Football Association website:

“I would like to use this opportunity to sincerely thank the fans, the media, our sponsors – First Capital Plus Bank and SuperSport, our clubs and the Premier League Board (PLB) for ensuring that this weekend’s matches will be fondly remembered because of the huge attendances witnessed at all the venues and the quality of play on display.

“We will reserve a special praise to our former foreign-based players Richard Kingston, Godwin Attram, Dan Quaye and Fatau Dauda as well as the others who have decided to return home to add their experience to encourage the talented young ones playing in the league to make it exciting.

“The media also deserves immense plaudits for taking a special interest in our league ahead of the matches in other countries, ensuring that the fans turned their attention to the local game ahead of the foreign leagues.

“The fans chose not to watch a big match in Europe on television on Sunday to throng the various stadia in our country to patronize our own league matches and this shows that if we put in a lot more concerted effort we can retain our supporters and attract new fans.

“The GFA placed its trust in the Ghanaian football fan right from the very start, and the PLB and clubs made sure that the weekend’s matches were successful by building a partnership with the media that was always based on respect, efficiency and solidarity.

“The matches were not just successful from a sporting point of view, however, as it also underlined the immense social and cultural power of our game.

“We are particularly delighted that a large number of families came to the weekend’s matches and we want to assure them that the local league is the right and safe avenue for entertainment for the kids.

“Thanks to the conservative and careful policies that the GFA has asked the clubs to follow, we have been able to spark considerable interest in our local league and more should be done to sustain and improve upon that interest.

“I am delighted that even before this season ends, we can confidently conclude that the interest in the local league is still alive if the right measures are adopted.

“This proves that although we are facing some challenges, Ghanaians still seek to identify with Ghana football in general and with the local game in particular.

“All of this fills me with great optimism and confidence for the period that lies ahead.

“I would like to thank everyone for the support, and I have no doubt that, together, we will meet all of the challenges that come our way.”