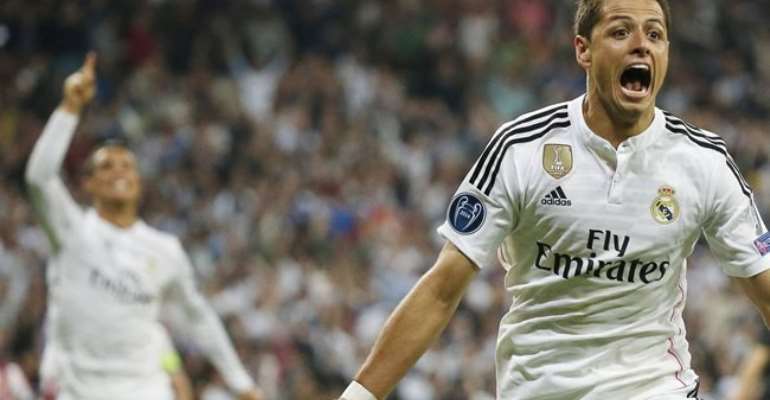 At last Real Madrid have exorcised the Athletico Madrid ghost that has haunted them the entire 2014-15 season with a priceless 1-0 victory in the second leg of the Uefa Champions League.

It was a desperate derby at the Bernabeu with everything at stake-points, pride and a place at the semi-final stage of the Champions League.

Athletico had the psychological advantage having had the better of the two this season and with Real struck with injuries to three starters- Bale, Benzima, Modric, ahead of the game, the visitors looked poised for another victory.

And after a hugely physical game which saw lots of shoves, foot-ups and a red card to Atletico Madrid's key midfield figure, it was the Los Blancos who would have the last laugh.

Chicarito kept it late in the game to redeem himself after missing some glorious chances early on.

It was Ronaldo who set up his former Manchester United team mate for a goal that would remain indelible in the mind of the Mexican.

He had been quiet for most part; frustrated and heckled chiefly; missed a number of chances in the game but when it mattered most the three time World player of the year combined well with James before setting up the Mexican for that all important goal with barely 10 minutes left.

Madrid have now qualified to the semis alongside Barcelona, Bayern Munich, Juventus and will wait for a draw on Friday to determine which of the three team they will face at the semis.