"I am a young boy": Gilbert Fiamenyo replies Mohammed Polo on age cheating 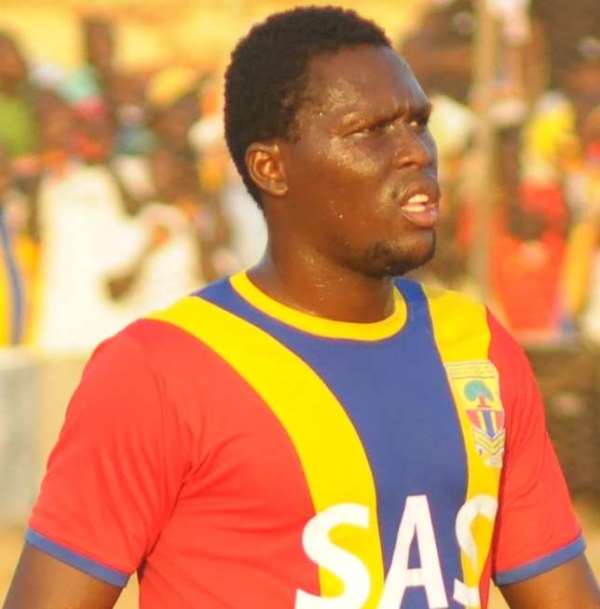 Gilbert Fiamenyo in reaction to Mohammed Polo's accusation of age cheating has stated that he is using his real age, but it just that he is bulky and that is what deceives people like the 'Dribling Magician' into thinking that he is older than is age.

The 22-year-old has hit the form of his life this season, having bagged 8 goals in 12 league  games, making him the leading top scorer in the Ghana Premier League.

Many people expected him to earn a call-up into Avram Grant's squad for Black Stars double header against Senegal and Mali in March, however he was snubbed.

Mohammed Polo, who coached the former Heart of Lions marksman has criticised him of age cheating and ended up stating that he can't play at the top level, because he not serious.

Gilbert Fiamenyo in responding to Polo claims has stated he is just a small boy, with  a deceptive bulky stature.

'I have not cheated on my age, everyone who cares to know can verify this,' he said.

'I was born in New Town and therefore everyone can go and check. I am a young boy, I only have structure.

'My career has been plagued by injuries and now things are better for me and that is why I am performing.'

Fiamenyo is part of the Accra Hearts team that will travel on Thursday to Senegal to face Olympique de Ngor in the second leg of the CAF Confederations Cup on Saturday, after the first leg three weeks ago in Accra ended 2-1 in favour of the Phobians.