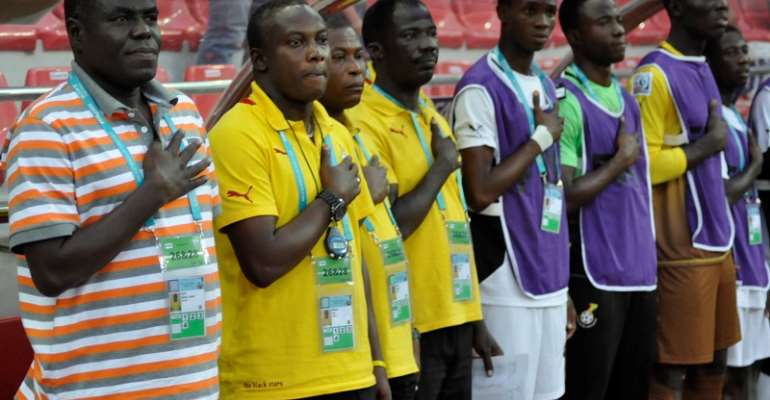 Ghana U20 coach Sellas Tetteh has served notice he will be ringing changes in the side for the FIFA U20 World Cup.

The Black Satellites disappointed despite winning bronze at the 2015 African Youth Championships staged in Senegal.

Most of the players – predominantly home-based – were unable to thrill fans with the unique brand of football Ghana is noted for especially at the juvenile level.

The general consensus is to have some of the brightest young prospects in Europe join the side to enrich the quality ahead of the World Cup in New Zealand where the Black Satellites will be facing Argentina, Panama and Austria.

Coach Sellas Tetteh rightly hints he could be ringing the needed changes in his squad before the tournament.

“We will be doing a post-mortem of the team and see where we can strengthen the side.”

Ghana is hoping to return to the form that saw the side make a clean sweep of titles including the FIFA U20 World Cup in 2009.