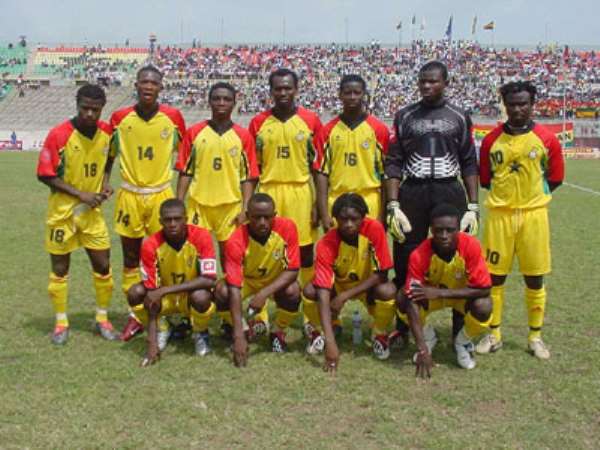 Ghana begin their Olympic men's football campaign eager to add another medal to their bronze from the 1992 games.

That medal in Barcelona was Africa's first in football at the Olympics, and was then followed by gold medals won by Nigeria in 1996 and Cameroon in 2000.

While Ghanaian fans think that the Black Meteors will struggle to make it a hat-trick of gold medals for Africa in Athens, there is belief amongst the players and officials that the team can challenge for a medal.

"Our target is to get amongst the medals," captain Yussif Chibsah told BBC Sport.

"That would be a good achievement for us and I am certain we have the players capable of doing that.

"We all appreciate the magnitude of the games and its potential impact on our careers so it's a big deal for us."

The chairman of the Ghana Football Association, Dr Nyaho Tamakloe, is even more confident.

"I strongly believe that this team will go a step better than they did in 1992," Tamakloe said.

"Mariano Barreto is on top of his job and the boys have trained hard and they should be in good physical condition for a tournament like the Olympics."

The Black Meteors have spent three weeks training in Portugal, where they won friendly matches against FC Porto and Sporting Lisbon 3-1 and 2-1 respectively.

Ghana's coach Mariano Barreto thinks his team has been drawn in a difficult group in Athens - with traditional giants Italy, Japan as well as Paraguay, who knocked out Brazil en route to qualification.

If Ghana are to succeed in Athens, a lot will depend on Juventus' Stephen Appiah who is one of three over-aged players in the under-23 side.

The midfielder has been instrumental for Ghana in the 2006 World Cup qualifiers with his passing and creative play.

But this Ghana team will not rely solely on Appiah as captain Yussif Chibsah, a tough-tackling midfielder who plays for Asante Kotoko, will be a vital cog alongside him.

He was an ever-present during the qualifiers which saw Ghana beat South Africa, Zambia and Algeria to the Olympic ticket.

In attack, Barreto will rely on the experienced duo of Isaac Boakye and Baffour Gyan, who also play together in the senior national side.

The game will also be a repeat of a 1996 Olympic group game that Ghana won 3-2 after coming from a goal down.

Another win like that will boost the confidence of the Black Meteors and may convince Ghanaian fans that their side can do better than their quarter-final finish in 1996.