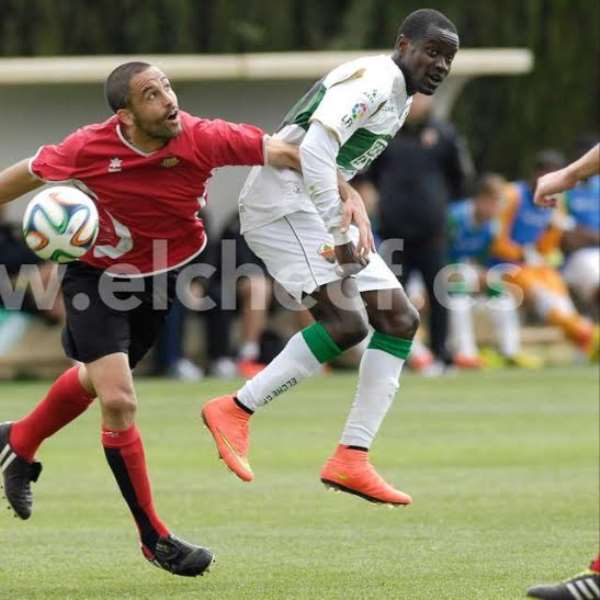 The 21-year-old has impressed heavily for the Elche team B side despite being promoted to the senior team at the start of the season.

The former Asante Kotoko midfielder is fast developing his talent at the Spanish side with a view of making a dream debut in the La Liga.

Anaba is hugely regarded in Ghana after his excellent performance for champions Kotoko during his three-year stay.

The highly-rated versatile player played an influential role for the country's Under-20 side that clinched bronze at the 2014 World Youth Championship in Turkey, earning him a four-year deal with the Spanish outfit.