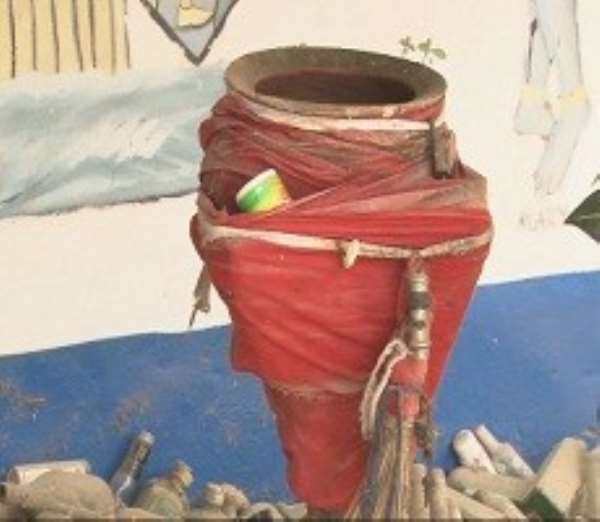 The fact that the Black Stars have not won the Africa Cup of Nations trophy for 33 years now, compounded with reports of use of Black Magic by Equatorial Guinea through hired witch doctors, has Ghanaian fans trembling with fear as their team gears up to tackle Equatorial Guinea on Thursday 5th Feb.

These reports are given more traction by the Equal-Guinean's shockingly good progress in the 2015 Africa Cup of Nations, having reached the semi finals against all odds in a tournament they have only made two appearances in so far.

Nzalang Nacional's entire AFCON journey has been a real roller coaster ride, having been disqualified during the qualifiers before getting back into the tournament and eliminating such big teams as Gabon and Tunisia.

One particularly catchy story speaks of a black-robed man who sneaked into the Bata national stadium to conduct a burnt sacrifice on the night before National Thunder's match vs. Gabon. That burnt section of the pitch was patched up by stewards, but the witch doctor had seemingly already worked his magic. The hosts soundly beat high-flying Gabon 2-0 the next day.

“He was also at the pitch to bury chicken bones and other stuff before the match against Gabon, which they won 2-0 to qualify for the last-eight,”  said a source at the stadium .

Whether the Black Stars of Ghana can work their own magic on Thursday to defeat Equatorial Guinea's alleged 'juju' remains to be seen.