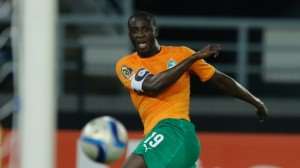 Ivory Coast powered into the African Cup of Nations final with a dominant 3-1 win over Congo on Wednesday, giving the star-studded title favourite a chance at ending 25 years of agony at the continental championship.

Big-name players Yaya Toure and Gervinho delivered standout performances at Bata Stadium in the first semifinal, scoring a goal each to help send the Ivorians to their third final in the last six African Cups. Ivory Coast lost its last two finals in penalty shootouts.

Ivory Coast will play either Ghana or host Equatorial Guinea in Sunday's decider. They meet in the second semi on Thursday.

Ivory Coast's run of unexpected disappointments meant it hasn't won the African title since its one and only success in 1992. That left former talisman and striker Didier Drogba to retire from internationals last year without ever lifting Africa's top soccer prize.

On Wednesday, Ivory Coast looked every bit the favourite in a convincing display against dangerous outsider Congo, with Toure, Drogba's successor as captain, leading from the front.

The only minor blips for the Ivorians were when Congo won a penalty and converted it to draw level at 1-1. And also when defender Serge Aurier came out for the second half wearing the wrong shirt — one that belonged to a teammate and not his own No. 17. Aurier had to race back to the dressing room to change, leaving his team temporarily down to 10 men.

It didn't change anything.
Toure had hammered a thunderous half-volley into the net in the 20th minute for Ivory Coast's early lead as he latched onto a bouncing ball at the top of the area.

Congo won its penalty three minutes later when Eric Bailly handballed. Dieumerci Mbokani converted for 1-1, putting his spot-kick in the bottom right corner and just beyond the dive of goalie Sylvain Gbohouo.

Gervinho was a constant menace for the Congo defence as he continually swapped between the left and right wings.

He had a header cleared off the goal-line via the crossbar in the 40th minute, but fellow forward Wilfried Bony found him unmarked on the left side of the box a minute later and Gervinho swept a sweet first-time shot into the far right corner for 2-1.

Congo chased in the second, with Yannick Bolasie going on a weaving run into the area and having a low shot blocked by Gbohouo.

Ivory Coast didn't just try to protect its lead, though, driving forward again and again to create more chances both before and after defender Wilfried Kanon killed off Congo's hopes of a comeback with the third.

He scored with just over 20 minutes to go, pouncing on a rebound after Robert Kidiaba saved Aurier's header. Kanon ran all the way to the dugout, punching his chest, to celebrate with coach Renard and the players on the bench.

Renard took care to praise Congo and its home-grown coach Florent Ibenge for an unexpected run to the last four, but also promised his Ivorian team could play even better.

“To be fair with you, I didn't like this game,” said Renard, who coached Zambia to a shock victory over his current team in the 2012 final. “I think we didn't do all the things we should. I think sometimes we were too easy.”