Daniel Sturridge would have steered Liverpool to Wembley - Brendan Rodgers 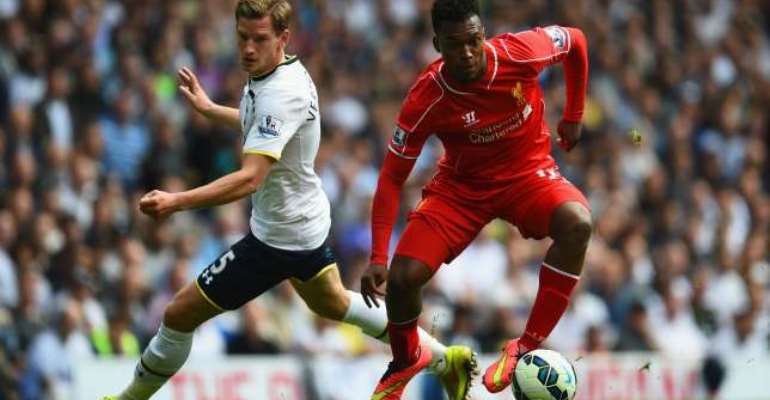 Brendan Rodgers believes Daniel Sturridge would have been the difference between Liverpool's League Cup exit and a place in the Wembley final.

Liverpool crashed out of the competition on Tuesday, losing 2-1 on aggregate to Chelsea after extra time in the second leg.

Former Chelsea striker Sturridge, who has not played since September, was absent for both legs as he continues to recover from a combination of thigh and calf injuries, but is edging closer to a first-team return.

And Rodgers believes his star frontman's presence could have been decisive.

"Dan is a player who lights up this team," the manager told the Liverpool Echo. "When you think of some of the quality we have in there and the level of the football we're playing with the pressing and the intensity, someone like him coming in can really light it up.

"I don't want to put him under any pressure as he's been out a long time and will need time to get up to game speed. But to have him back out there training and working is a great sight.

"He's a huge player for this team. We saw the difference he made when we first brought him in - he offers not just the pace and the power in that central area but he's got big quality.

"You see the level of his finishing and the types of finishing he has.

"Just imagine him playing in the two games of the semi-final with the chances we created. You would probably back him to at least score a goal in each game.

"That's purely because Daniel is a natural finisher. That's no discredit to anyone else because the boys have been brilliant.

"Daniel is a natural goal-getter. He has been a big miss for us. That's a key area for any team but in particular with how we function as a team."

Sturridge could make his comeback when Liverpool meet West Ham in the Premier League on Saturday.