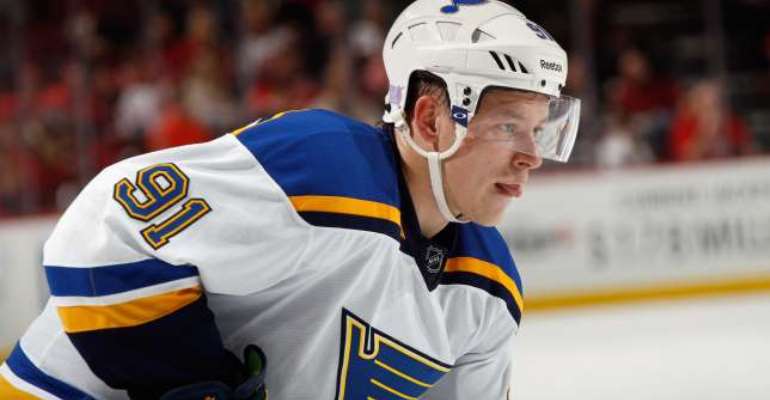 Vladimir Tarasenko and Jaden Schwartz both scored and had an assist as the Blues were never headed.

For the Penguins, their sixth straight win came in the form of a 4-3 shoot-out victory against the Winnipeg Jets.

Brandon Sutter scored once and provided two assists for the winners, who are top of the Metropolitan Division.

The Oilers looked on track for their first win over the Bruins since 2000 when they led 2-1 early in the third, but Boston scored four times in the final nine minutes.

The Philadelphia Flyers eased past the Florida Panthers 4-1 and the Ottawa Senators overcame the Minnesota Wild 3-0.

Rookie Cedric Paquette scored his first two NHL goals to lead his Tampa Bay Lightning to a 5-2 win over the Calgary Flames.

The Nashville Predators edged the Dallas Stars 3-2 and the Colorado Avalanche had a 4-3 shoot-out win over the Toronto Maple Leafs.

Nick Bonino's third-period wrist shot saw the Vancouver Canucks past the San Jose Sharks 3-2 and the New York Islanders had a 2-1 shoot-out win over the Los Angeles Kings.