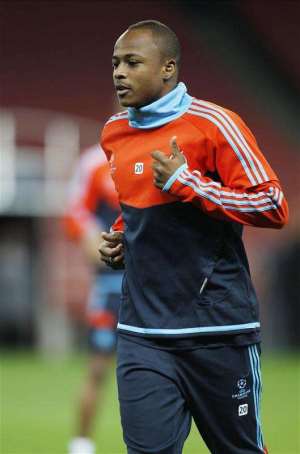 The 24-year-old Ghana international, who has been heavily linked with a move to the Premier League, has not publicly admitted that he wants out of the Stade Velodrome.

But with his contract due to finish at the end of the season, there is no sign of him agreeing to pen an extension.

And according to various reports in England, West Ham have made contact after becoming aware that the player favours a move to England's capital.

Liverpool and Everton have also been linked with the Ghana international, who has been with Marseille since 2005.

If he does move on it will be the first time Ayew has played outside of France as he has currently made 141 Ligue 1 appearances and scored 36 goals for Marseille.