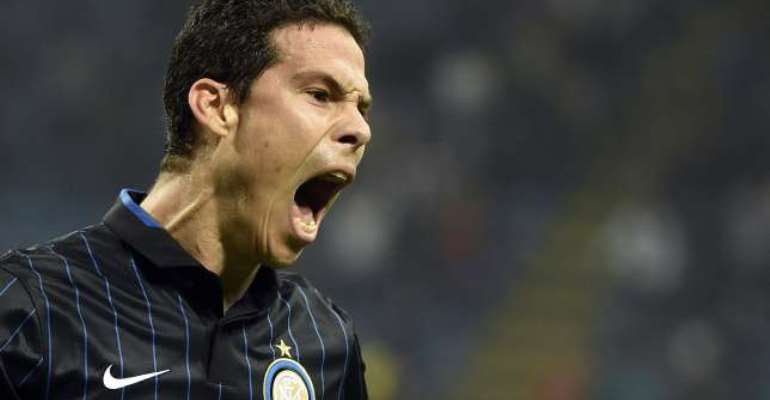 The Brazilian midfielder timed his run perfectly to head home Dodo's cross in the 92nd minute of Sunday's league clash at the San Siro, earning Walter Mazzarri's side a 2-2 draw.

Inter twice had to come from behind in a game they dominated, Jose Callejon netting twice for Napoli, with Fredy Guarin grabbing Inter's first.

Mazzarri's men have failed to find consistency this season and suffered two successive league defeats before the international break, however Hernanes said the comeback gives can kickstart their campaign.

"We looked like a real team at last," he told Sky Sport Italia. "We communicated more on the field too.

"At times these moments arrive when you need to pull out that determination from within yourself and turn around a difficult situation.

"After going behind twice, we managed to bring home a point. It's not enough, but it is a sign that the team is taking shape.

"I can feel the season is beginning from this moment for us. Were we on the edge of a precipice? Yes, absolutely. We could not get it wrong today."

The point lifts Inter above Fiorentina into ninth in the league table, and restores confidence ahead of their UEFA Europa League clash with Saint-Etienne on Thursday.