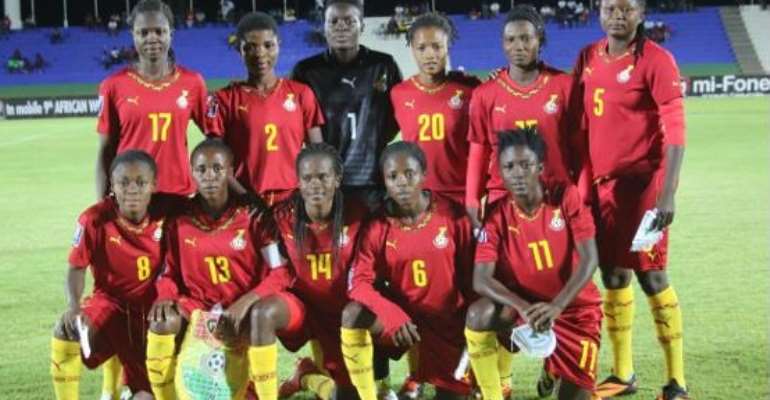 Ghana's Black Queens have their hopes at the 2015 African Women Championship hanging on the line after drawing 1-1 with South Africa on Wednesday night in Namibia.

Cameroon have claimed the first ticket available in the group leaving Ghana, Algeria and South Africa to compete for the remaining ticket.

Banyana Banyana opened the scoring in the 18th minute when Shiwe Nogwanya capitalised on a fumble by the Ghana keeper as she failed to hold the ball from Mamello Makhabane's free-kick.

Ghana levelled the score in injury time at the end of the first half as Elizabeth Cudjoe connected well with a cross from their captain Leticia Zikpi to put the ball past.

Nompumelelo Nyandeni was voted Player of the Match for Banyana Banyana a fitting way for her to celebrate winning her 100th cap.

South Africa and Ghana know only a win will do if they are to have any chance of advancing to the semi-finals.

The top three finishers will all qualify for next year's World Cup in Canada.

Ghana slipped to Algeria in their opening group game after losing 1-0 to the North Africans.