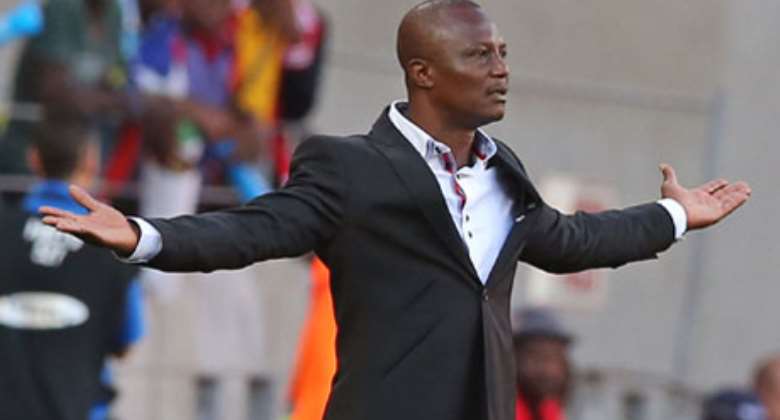 Ghana's World Cup coach Kwesi Appiah will step down as Black Stars coach this week if a foreign trainer is appointed to supervise his work.

Highly-connected sports journalist Kwabena Yeboah says plans are underway by the Executive Committee of the Ghana Football Association to name a European coach to take over the position under the guise of a technical director.

This comes just four weeks before the Black Stars play two crucial matches in the 2015 Africa Cup of Nations qualifiers.

Appiah agreed a two-year extension as the coach of the Black Stars before the World Cup but since the tournament in Brazil, some members have not been satisfied with the performance of the team, calling for a review of the contract.

This has sparked concerns among the body that the Black Stars technical bench must be boosted by the arrival of foreign coach who will serve as the technical director.

Appiah is currently in South Africa on holidays and he will return this week to discuss the signing of his contract and his new terms of engagement.

“The coach was preparing to come down to start his new contract but the reports of his contract review has also been welcomed and he has decided to have a sit down with the Executive committee and some of the people who are opposed to the deal,” ace journalist Kwabena Yeboah said.

“You know the review is expected to bring up several decisions and suggestions and I can state that chiefly amongst them is to ask the coach, not just ask but impel him to appoint a technical help perhaps an expatriate to assist him in the remaining years of his contract.

“And when it comes to that I can categorically tell you that the coach would decide to step down, he will quit the job and move on if somebody is forcibly appointed to superintend over his work”.

Rumours are widespread in the media claiming that the country's Sports Ministry together with some members of the GFA Executive Committee who oppose to the new deal announced by the GFA President Kwasi Nyantakyi have asked authorities to freeze the contract extension proposal pending further consultations.

Ghana will begin the qualifiers for the 2015 African Cup of Nations in Morocco next month and technical changes with just four weeks before the two matches against Uganda and Togo could affect their chances.

Do you think this is the right decision? Do you think Appiah should continue in the position? Make your views known in the box below: